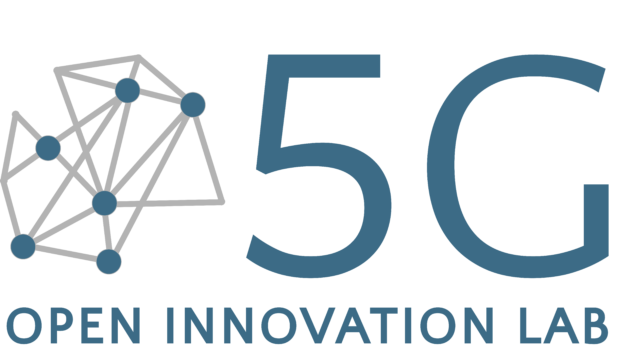 The 5G Open Innovation Lab (5G OI Lab) unveiled the first cohort of companies participating in its inaugural 12-week startup program that brings together a variety of partners from the public and private spheres.

“We wanted to design a program that allows startups to explore what it means to build in a 5G world, and work alongside partners to experiment, prototype, and learn,” said 5G OI Lab founder Jim Brisimitzis, who previously founded the Microsoft for Startups program during a 13-year career at the tech giant. He described the 5G OI Lab as a “sandbox” where innovators can share ideas and test the boundaries of 5G.

T-Mobile, Intel, and NASA are providing resources and capital for the Bellevue, Wash.-based program just outside of Seattle. Unlike many accelerators and incubators, they won’t take equity stakes in the startups, but get early access for potential venture investments and are part of the cohort selection process. They also get a chance to work with early-stage startups that could end up being the next billion-dollar tech giant.

“There is so much potential we can unlock with 5G,” said John Saw, the former Sprint CTO who is now executive vice president of advanced and emerging technologies at The New T-Mobile. “Hopefully this lab is going to be a small step in that direction.”

5G is the next generation of wireless service that is expected to pave the way for smarter cities, faster downloads, self-driving cars, and countless other innovations that are hard to predict, just as tech stalwarts such as Uber and Snapchat couldn’t be anticipated until 4G and LTE made their business models possible.

Saw envisions the same happening with 5G, given the low latency and high capacity that make new applications possible on various hardware and across industries such as healthcare and manufacturing.

“We want to grow the 5G ecosystem of partners and developers, so we can find ways creative ways to leverage the 5G network we are building,” Saw said, adding that the recent T-Mobile and Sprint merger “makes it even more powerful in what we can offer to developers.”

The lab also has support from academia and government. It’s a founding member of a Washington state “Innovation Partner Zone,” an alliance developed by the Department of Commerce to help spur collaboration between institutions, government organizations and companies. The Pacific Northwest National Laboratories, Snohomish County, Washington State University (WSU), the University of Washington, T-Mobile, and the City of Bellevue are part of the “5G Open Innovation Zone,” in addition to the lab.

Brisimitzis hopes the lab turns Seattle into a 5G innovation hub, building on the region’s wireless technology clout that traces its roots back to companies such as Western Wireless, McCaw Cellular, Clearwire, and VoiceStream, which ultimately turned into T-Mobile, now headquartered in Bellevue. Meanwhile, cloud computing giants Microsoft and Amazon, whose technologies are key to helping enable 5G applications, are also based in the region.

“We hope Seattle is seen differently on a global scale,” Brisimitzis said of the lab’s impact.

Microsoft is doubling down on its cloud-related 5G efforts, acquiring two telecom startups in the past two months. Amazon Web Services is also pushing forward with its own edge services.

The Seattle region is also unique given the differences in how Seattle and Bellevue’s municipal governments are approaching the race to 5G, part of a larger backdrop of federal regulators and cities across the country battling over how to roll out 5G infrastructure.

The 5G OI Lab program kicked off three weeks ago in a virtual format due to the COVID-19 crisis. The global pandemic is not slowing the lab down — in fact, it’s accelerating the need for technologies that would benefit from 5G such as automation and telemedicine, said Caroline Chan, a vice president at Intel.

“This is where 5G is going to shine,” she said.

Chan hopes the lab will help Intel and other founding partners to “see around the corner” for the next game-changing ideas. Intel has invested heavily in 5G-related infrastructure.  “For 5G to be successful, you need a lot of cross-industry collaboration,” she said. “The lab meets our desire to bring everyone together.”

The program accepts both B2B and B2C companies but Brisimitzis said there is a focus on enterprise startups given the nature of 5G. There is a Demo Day showcase scheduled for July and the second cohort will kick off in September.

Here are the 14 participating companies in the inaugural cohort, with descriptions from the program (an additional three startups are in stealth mode):