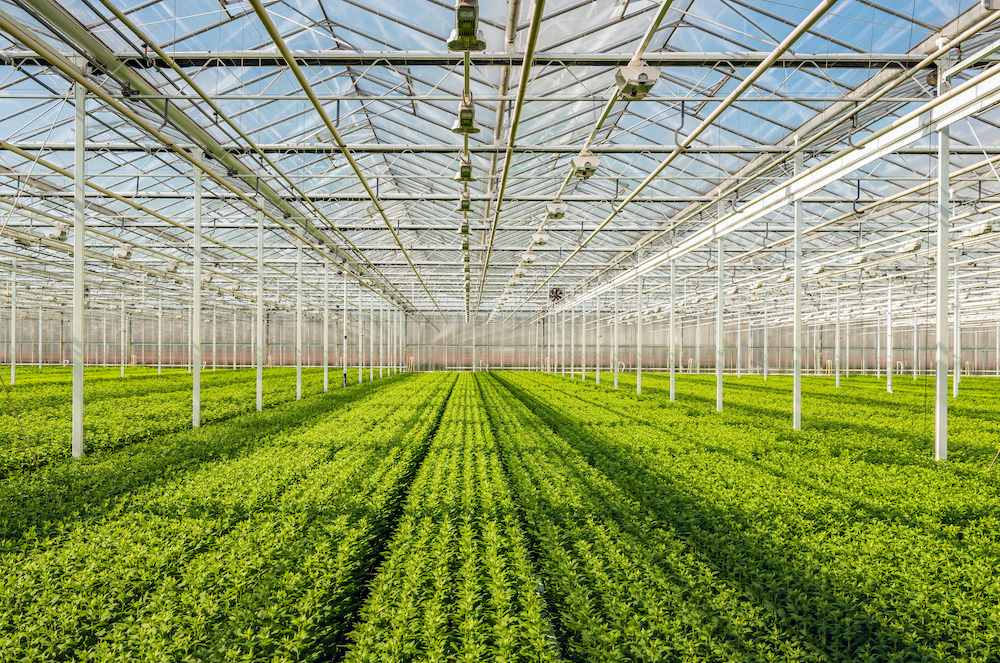 Core values often get wrapped into buzzwords such as sustainability, locally sourced and organic. In the first part of a series of three articles exploring greenhouses and the environment, we’re going to take a look at indoor vs. outdoor farming in terms of resource management.

Full disclosure; I love the fact that I can eat fresh blueberries in February when my bushes outside are just sticks. Is there a better way to do it than trucking the berries from the farm to a distribution plant to the airport, where they’re flown from the airport to a distribution center, to the grocery store and finally to my kitchen table? That’s a lot of trucking and a lot of energy being wasted for my $3.99 pint of blueberries.

If those same blueberries were grown at a local greenhouse then trucked from the greenhouse directly to the grocery store, that would save diesel fuel and a lot of carbon emissions. People who can only afford to live near a highway, a port or an airport don’t need to ask a pulmonary specialist why their family has a higher rate of COPD than a family who lives on a cul-de-sac in the suburbs.

Fact: 55% of vegetables in the U.S. are grown under cover. The same energy saving principles apply to indoor cannabis and the reasons are consumer driven and producer driven. The largest generation in the history of the country is demanding more locally grown, sustainable and organic food. They want it for themselves and they want it for their kids.

The rapid proliferation of greenhouses over the past ten years is no coincidence. Millennials are forcing changes: organic fruit and vegetables now account for almost 15% of the produce market. A CNN poll last month revealed that 8 of 10 of registered Democrats listed climate change as a “very important” priority for presidential candidates. The issue is not party I.D.; the issue is that a large chunk of Americans are saying they’re worried about the direct and indirect impacts of climate change, such as increased flooding and wildfires.

So how does the consumer side tie into the cannabis industry? Consumers like doing business with companies who share their values. The hard part is balancing consumer values with investor values, which is why many indoor growers are turning to cultivation management platforms to help them satisfy both constituencies. They get the efficiency and they get to show their customers that they are good stewards of their environment. The goal is to catch things before it’s too late to save the plants. If you do that, you save the labor it costs to fix the problem, the labor and the expense of throwing away plants and you reduce pesticide and chemical usage. When that happens, your greenhouse makes more money and shows your customers you care about their values.

Looking at the pesticide issue, people often forget about the direct impact on people who farm. “Rates in the agricultural industry are the highest of any industrial sector and pesticide-related skin conditions represent between 15 and 25% of pesticide illness reports,” a 2016 article in The Journal of Cogent Medicine states. Given the recent reports about the chemicals in Roundup, do we even need to continue the conversation and talk about the effects of fertilizer?

I’ll finish up with a quote from a former grower. “The estimates I saw were in the range of between 25%-40% of produce being lost with outdoor farming while most greenhouse growers operate with a 10% loss ratio.”

The indoor change is happening rapidly because people realize that technology is driving increased revenue while core consumer values are demanding less water waste, fewer pesticides, herbicides and fertilizers. Lastly, most Americans simply have a moral aversion to seeing farms throw away food when so many other people are lined up at food banks.